Our senses of taste and smell give us great pleasure. Taste helps us enjoy food and beverages. Smell lets us enjoy the scents and fragrances like roses or coffee. Taste and smell also protect us, letting us know when food has gone bad or when there is a gas leak. They make us want to eat, ensuring we get the nutrition we need.

People with taste disorders may taste things that aren't there, may not be able to tell the difference in tastes or can't taste at all. People with smell disorders may lose their sense of smell, or things may smell different. A smell they once enjoyed may now smell bad to them.

Many illnesses and injuries can cause taste and smell disorders, including colds and head injuries. Some drugs can also affect taste and smell. Most people lose some ability to taste and smell as they get older. Treatment varies, depending on the problem and its cause. 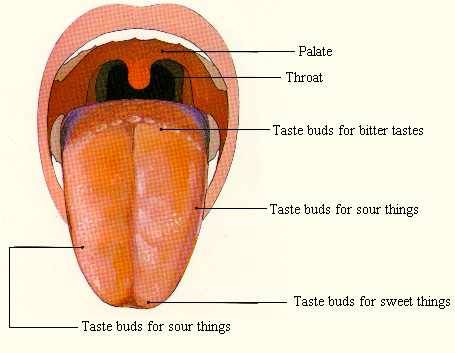 How Common Are Smell Disorders ?

Our sense of smell helps us enjoy life. We delight in the aromas of our favorite foods or the fragrance of flowers. Our sense of smell also is a warning system, alerting us to danger signals such as a gas leak, spoiled food, or a fire. Any loss in our sense of smell can have a negative effect on our quality of life. It also can be a sign of more serious health problems.

Roughly 1–2 percent of people in North America say that they have a smell disorder. Problems with smell increase as people get older, and they are more common in men than women. In one study, nearly one-quarter of men ages 60–69 had a smell disorder, while about 11 percent of women in that age range reported a problem.


How Does Our Sense Of Smell Work ?

Our sense of smell—like our sense of taste—is part of our chemosensory system, or the chemical senses.
Specialized sensory cells, called olfactory sensory neurons, are found in a small patch of tissue high inside the nose. These cells connect directly to the brain. Each olfactory neuron expresses one odor receptor. Microscopic molecules released by substances around us—whether it’s coffee brewing or a pine forest—stimulate these receptors. Once the neurons detect the molecules, they send messages to our brain, which identifies the smell. (Because there are more smells in the environment than there are receptors, a given molecule may stimulate a combination of receptors. This response is registered by the brain as a particular smell.)

Smells reach the olfactory sensory neurons by way of two pathways. The first pathway is through your nostrils. The second pathway is through a channel that connects the roof of the throat region to the nose. When we chew our food, aromas are released that access the olfactory sensory neurons through this channel. If the channel is blocked, such as when our noses are stuffed up from a cold or flu, odors cannot reach the sensory cells and much of our ability to enjoy a food’s flavor is lost. In this way, our senses of smell and taste work closely together. Without the olfactory sensory neurons, familiar flavors such as chocolate or oranges would be hard to distinguish. Some people who go to the doctor because they think they’ve lost their sense of taste are surprised to learn that they have a smell disorder instead.

Our sense of smell is also influenced by something called the common chemical sense. This sense involves thousands of nerve endings, especially on the moist surfaces of the eyes, nose, mouth, and throat. These nerve endings help us sense irritating substances such as the tear-inducing power of an onion or the refreshing cool of peppermint.

Smell disorders have many causes, with some more obvious than others. Most people who develop a smell disorder have experienced a recent illness or injury.

Common causes of smell disorders are:

Can Smell Disorders Be Treated ?

Many types of smell disorders are curable, and for those that are not, counseling is available to help people adjust to the problem.

Diagnosis by a doctor is important to identify and treat the underlying cause of a potential smell disorder. If your problem is caused by certain medications, talk to your doctor to see if lowering the dosage or changing that medicine may reduce its effect on your sense of smell. Surgery to remove nasal obstructions such as polyps can restore airflow. Some people recover their ability to smell when the illness causing their olfactory problem is resolved. Occasionally, a person may recover his or her sense of smell spontaneously.