Meniere's Disease is a disorder of the inner ear that causes abnormal sensory perceptions, including a sensation of a spinning motion (vertigo), hearing loss usually in one ear, fullness or pressure in the same ear, and ringing in the same ear (tinnitus).


Who Gets Meniere’s Disease ?


The symptoms of Meniere’s are variable. A typical attack is preceded by fullness in one or both ears. The attack generally consists of imbalance, vertigo, ringing in the ears (tinnitus), sweating and nausea.

Though some people can predict the onset of an attack, most people find their onset unpredictable.

Severity and frequency of attacks are variable. Still an average attack lasts for many hours (days in some) and are followed by extreme exhaustion, making the person sleep for many hours together.


The typical symptoms seen in Meniere’s disease are: 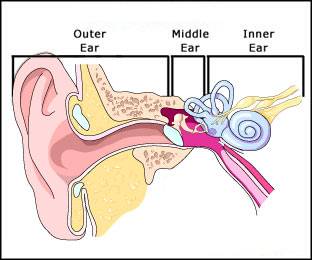 Studies have suggested the presence of an autoimmune factor in the development of Meniere’s disease. The exact cause is yet unknown. The inner ear contains fluid called ‘endolymph’. This fluid is enclosed within a structure of membranes. Increase in pressures within this enclosure causes these membranes to bulge. This condition is called ‘hydrops’. Yet, all persons with Meniere’s disease don’t present with hydrops. Where the cause of hydrops is known, the condition is called ‘endolymphatic hydrops’ and not Meniere’s disease.


Good clinical history supported by otoneurological evaluation and audiometry help an experienced physician to make a correct diagnosis of Meniere’s disease. An MRI is often suggested to rule out tumor of 8th cranial nerve.


What Is The Treatment For Meniere's Disease?

There is no cure for Meniere’s disease, but your doctor can suggest ways to manage your symptoms. He or she may recommend that you try to control the attacks by changing your diet. You will probably have to limit your salt intake. Controlling the level of salt in your body will indirectly control the amount of fluid in your inner ear. A medicine called a diuretic (water pill) may also help.

You should limit the amount of caffeine and alcohol in your diet, and quit smoking if you smoke. Your doctor can prescribe medicine to relieve feelings of dizziness and nausea. These medicines may cause you to feel sleepy.

In serious cases of Meniere's disease (when attacks can't be controlled by diet or medicine), surgery may be necessary.